I hope the sun shines

After sitting indoors all day getting on with some real work, I was pondering where I might venture out tomorrow, when the emails started pinging in telling me about Seven's 70th Birthday! No more pondering required.
Posted by Unknown at 18:18 No comments:

I'd planned a trip down the A34 to a caching series in Wiltshire, but the day dawned grey and mizzly so I decided to give it a miss. Instead I slept in (nothing new there!), and awoke to discover a new Church Micro published; a Church I'd visited only a few days ago. With that cache in the bag I moved on for a short afternoon's stroll around Kempsey Common, which proved to be very enjoyable after I'd overcome my disappointment at not finding the first in the series.
Posted by Unknown at 18:58 No comments:

Back to Southrey today to finish off the Woodhall - Bardney series. Passed by the Church Micro I bagged two days ago at the start of the route - this time, I was able to see the Church - more like a posh beach-hut :).

Just the shorter Northern loop to do, 20-odd caches, with the chance to pick off a few more with a shortish diversion. Weather lovely, no wind, blue skies and sun shining down. This loop was very easy walking, a little country lane stroll then wide green track to take you towards Bardney, before turning down to the river  and the paved cyclepath. I was more successful on this mission, only 3 DNFs.

There was artwork to enjoy, as well:
With that enjoyable stroll completed in just a couple of hours, I hit the Skeg to Ness trail for some driveby's. With a couple of Church Micros thrown into the mix as well, I ended the day with 47 smileys.

Just a note to give you a flavour of what to expect on the Woodhall - Bardney Circuit; of the 80-odd caches, 20 just give a hint of "disguised nano", or a variant thereof. A further 27 say "none needed". Moniti estis.
Posted by Unknown at 21:15 No comments:

Email ThisBlogThis!Share to TwitterShare to FacebookShare to Pinterest
Labels: geocaching

Recent caching outings have been short both in distance and in caches found so I felt I was due a long cache-rich walk, before the weather takes its inevitable turn for the worse. Scrolling the geocaching.com UK caches map I found the Woodhall - Bardney Circuit; 80+ caches over 14 miles, this looked ideal.

I knew I wouldn't have enough daylight to do the whole thing so decided to concentrate on the larger loop. I chose the Southrey parking waypoint as my start and planned a route from there south to Woodhall Spa alongside the river, then off up the Viking Way, via Stixwould, back into Southrey. I pulled into the parking just before midday, after picking up a few drivebys on the way in.

Whenever I start a new trail, I re-position a saved waypoint on my Garmin (whichever one I'm using; currently it is the light, and very accurate, Garmin Dakota), called Landy. It's often interesting to note the distance from my last parking waypoint; today it was 102 crow-flown miles.

Interesting artwork at the disused Southrey station:
Then it was onto the hard-paved cycle path for the long trek into Woodhall Spa.

By the time I'd completed the first 8 caches (from #55 to #62) I'd only found 3 of them. Realisation quickly set in that this was unlikely to be the major cache haul I was expecting. On long caching trails I like the caches to be easy finds, so I am not delayed. This route was anything but; there were some really awkward hides, and hints were either irrelevant or non-existent. I was very soon fed up of seeing the hint "disguised nano"; primarily because these were the caches that I was usually going to DNF. In fairness, the listing does state that not all the hides will be straightforward, although to my mind most weren't!

There was some more artwork on this part of the route, which helped divert attention from my miserable cache count.
Dusk falling as I made it to Woodhall, then it was off up the Viking Way to Stixwould. By the time I reached there it was full dark and I was navigating by headtorch, which only served to add to the cache-finding difficulty level. Up until then the walking had been fine; flat, easy terrain. The section past Willow Farm, from #21 to #23, wasn't quite so much fun; this was cow country (thankfully, no cows about) and both tracks and fields were quagmired. The yappy dog at the farm didn't help soothe my passage either.

The last part of my chosen route, across the fields back to Southrey via Abbey Warren farm, was easier - although passing any farms at night headtorch-equipped has me skulking, rather than rambling as I wish to avoid any potential farmer confrontation.

With 17 DNFs and a couple of no-tries, I think I've set myself a new personal record for abject failure. It certainly wasn't a quick-and-easy caching route. However it was a nicely set out trail. I enjoyed the cyclepath alongside the river, and I dare say I would have enjoyed the latter parts of the trail as well had I been able to complete them in daylight. The listing suggests this would be a good trail to cycle; I'd agree, apart from that one shortish section past Willow Farm.

I've left myself the shorter top loop to complete, so I shall return to Lincolnshire in the next few days.
Posted by Unknown at 21:00 No comments:

Today's mission was a short 5.5 mile trail through the Worcestershire countryside, taking in the new Churchill and Bredicot Amble. Along the way I passed an old Church, no longer in regular use but looked after by the Churches Trust, and still consecrated; just a shame there wasn't a Church Micro there.
This is not a cache-and-dash series; there are some well thought-out - one might say sneaky - hides, don't expect immediate finds. I failed to find two of them, but a providential meeting with The Cuthies & Max (without Max) at the end of the walk fixed that for me. I also met HKMHill, at the start of the trail; there were quite a few cachers out here today.

Only 25 caches, but a very enjoyable 3.5hrs walk. I arrived home shortly after darkness fell - which was nice, as driving in the dark isn't fun these days.
Posted by Unknown at 19:16 No comments:

We will remember them 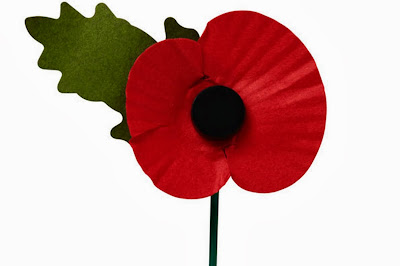 They shall grow not old, as we that are left grow old:
Age shall not weary them, nor the years condemn.
At the going down of the sun and in the morning,
We will remember them.
Posted by Unknown at 11:00 No comments:

Shaking it all about

What a difference a day makes. The sun is shining, the skies are blue, and all is well with the world. I headed to a new series near Cambridge, the Hauxton Hokey Cokey. A flat, easy walk, great paths, no livestock problems, and caches set to be easy to find - and there was a Church Micro to pick up along the way as well.

There were apparently a number of cachers in the area for the weekend attending an event, but I only came across two on the trail, Aldeneywomble and Dora Explorer. They were walking it the 'right' way round, whereas I as usual was traversing it in a contrariwise fashion.

I whizzed - well, ambled - around the 6.6 mile circuit in 3hrs25, then went off to grab a few drivebys - including the worth-visiting Sewer Croc, especially if you have little ones - before a walk up to the Obelix, an interesting memorial.
Just time to pick up a puzzle cache before darkness fell. This gave me particular pleasure, as its geochecker showed there were just 5 correct answers out of 270 attempts - although the solution is, of course, trivial once you know how :)
Posted by Unknown at 20:14 No comments: